on August 24, 2012
I'm doing a little bit of research, so you'll be seeing some Graphic Novels popping up here and there. Yes, that's right. I used research and GNs in the same sentence. I use GNs as research. Research for what?? The book I'm starting on. ^_^ Finally! I'm finally getting some real work done. 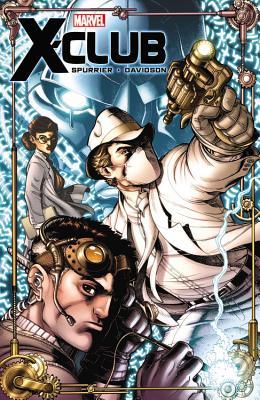 Things are super chaotic and they're getting even more crazy as the story progresses! Things are completely out of balance, and no one knows why. An Atlantean dies and a ship ends up blowing up---and there's no explanation. So, BIG SURPRISE, mutants get blamed....nothing new there.

At first, I was really confused and figured it was because I didn't read Schism and that I would just fill in the blanks as I went along. Turns out, I didn't need Schism after all! Everything gets explained in time and my confusion was gone, enabling me to just enjoy the ride. I can honestly say that this was one of the coolest X-Men GNs I've read (and I've read a pretty decent amount). I really liked how they incorporated the strangely affected ocean creatures.

This one is my favorite of all. It made me laugh. I couldn't help imagining how much Sea World would freak out if Shamu started shooting out random beams of power. I really had to pay attention in order to find this one and I'm SUPER glad I didn't miss it. The artists took the name "Killer Whale" to a whole new level. Shamu's not happy.

I didn't recognize very many of the characters (except for Scott Summers/Cyclops) and I am totally cool with that, because I was finally able to pick out a favorite character (typically, I can't pick favorites at anything). My favorite is Doctor Nemesis. He is so arrogant and his responses are hilarious. I love his comebacks. The best thing about him though, is his inner thoughts---which are revealed thanks to a starfish attached ridiculously to his head. I was laughing and it was just so much fun.

He got super cool points when he was somehow able to rope and ride a hammerhead shark. That's just epically cool! How often do you see the X-Men do that?!?!

This GN is a lot of fun and I got so turned around with the story line. First the ship blows up and the equilibrium of life gets whacked out. Next thing you know there's a mess dealing with a computer, a pregnant robot chick and just when you think you've seen it all.....in comes the Nazi! That's right, it all traces back to a Nazi. Isn't that how it always goes? Learned one thing though,...apparently a robot and a human can kiss---don't know how, but its possible now.

Overall, this was one great graphic novel. I had a blast reading it and I'm glad that the library had it. I would definitely check this one out again to read over...if only to see the epic pictures--mostly the ones seen above--and to hear the sarcastic comebacks of Dr. Nemesis. =) 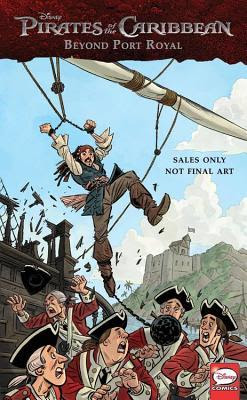 Comic Crazy: REVIEWING Pirates of the Caribbean - Beyond Port Royal

Welcome back to the Real World According to Sam! It is Tuesday, so today we are going to be discussing a pretty recent limited comic series volume. As you all know, I am a HUGE Disney fan and I was really happy that my local library got this one added to their collection. This is also one of my first summer reads for this year.

With no wind to fill the sails of the Black Pearl, Captain Jack Sparrow and his crew find themselves stuck in Port Royal. Jack knows of an ancient object rumored to call up the wind, but getting their hands on it won't be easy. Return to the world of Captain Jack Sparrow in these untold tales of pirate adventure on the high seas!
Fans of the smash-hit Disney Pirates of the Caribbean films will love this all-new collection featuring original art and… 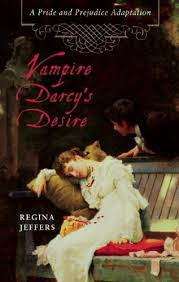 Today I have a wonderful surprise!  By some miracle, I was able to have the opportunity to interview Regina Jeffers, author of Vampire Darcy's Desire. So, after reading today's review, head over to the Interviews & Miscellaneous Things tab and check it out! 😀

Vampire Darcy's Desire presents Jane Austen's Pride and Prejudice as a heart-pounding vampire romance filled with passion and danger.  Tormented by a 200-year-old curse and his fate as a half-human/half-vampire dhampir, Mr. Darcy vows to live forever alone rather than inflict the horrors of life as a vampire on an innocent wife. But when he comes to Netherfield Park, he meets the captivating Elizabeth Bennet.
As a man, Darcy yearns for Elizabeth, but as a vampire, he is also driven to possess her. Uncontrollably drawn to each other, they are forced to confront a … 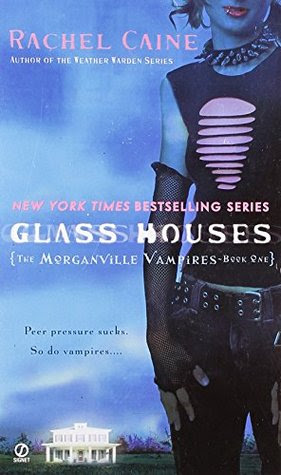 I was super excited about this book for a couple of reasons. It is a super talked about series for one. It takes place in Texas!! That is BIG reason number two. And reason #3: Rachel Caine was born at White Sands Missile Range---which, for those of you who don't know---is super close to El Paso. Apparently, she graduated from Socorro High School, which is also here. But anyway, I picked this one up from the library, and it was part of my Summer Reading...so it is book #4!